The work on the action toolbar continues. This weekend in got the toolbar to load correctly within the simulation when a player picks  faction to 'guide' it. Clicking the red Stop button on the toolbar will not only disappear the toolbar but also will stop guidance on the selected faction.

I also started working on the action mod scripts. Specifically, I worked on the action that will allow players to choose a target neighbor region to migrate to. Here's the script (work in progress):

I also added the code to load this script and add the respective action to the toolbar: 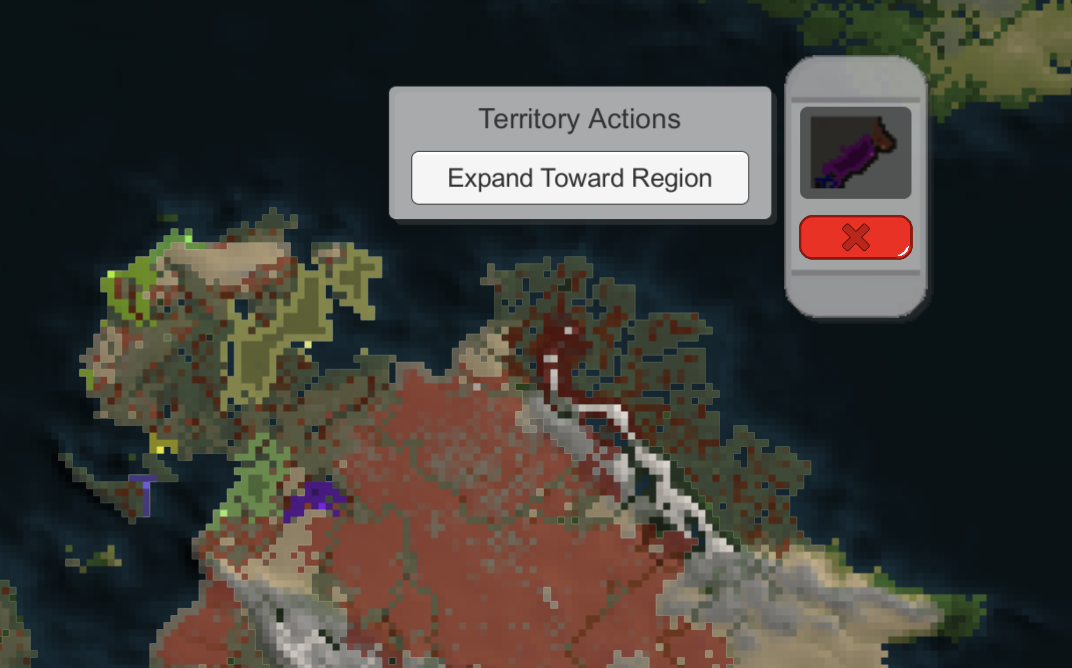 Next weekend I'm going to continue working on the toolbar and the action script. I need to make sure the actions are only accessible for factions that can use them (a non-dominant faction can't choose where the tribe should migrate, for example). I also need to work on the UI components that will allow a player to pick the target region. This particular task is going to be a very difficult one and it will, at minimum, take me three weeks to complete. So expect at least a couple of weeks of dull dev updates.

very cool! not a "aesthetically pleasing" update but behind-the-hood updates like these are as important, if not more, than ones that make it appear better. im excited to see this develop, keep up the good work!

I'm impressed by the sheer amount of development you're putting into this simulation. It seems like you're working to expand/refine it on practically a weekly basis. It's such a measured approach to the development plan as well.