As I mentioned last week, this time I tried to improve terrain generation with hopes that river flow would improve. The most relevant thing that I did was to tweak the continental mass generation formula to produce more expansive and flatter valleys. The new formula also produces deeper ocean bottoms. Though this doesn't benefit rivers, it does make oceans look a little bit more realistic. Another secondary effect is that mountain ranges are more noticeable in general. Here's a screenshot of the results (both rivers and biomes are hidden to show only altitude changes): 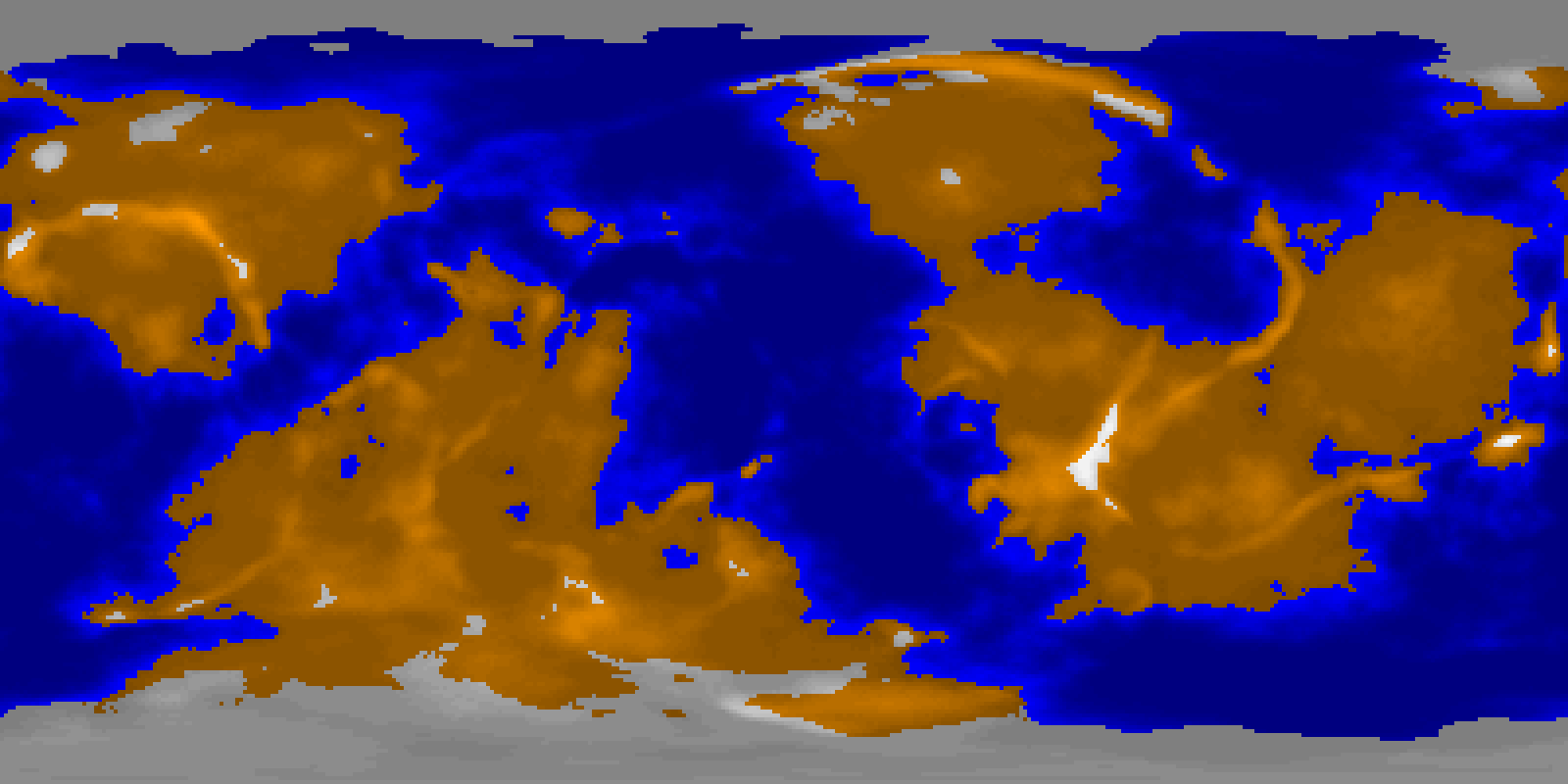 Overall, this was just a minor terrain generation change, and by no means would be the last I ever do. But I think this as far I'll be go for this release. Lest I end up spending several more months on this one single feature.

The second thing I worked on this weekend was adding a new editor tool to control the strength of rivers. This tool basically defines how much water rivers loose to weakly defined factors like evaporation:

At, 0% strength. Water just doesn't accumulate at all on the ground, making rivers virtually non-existent, like this: 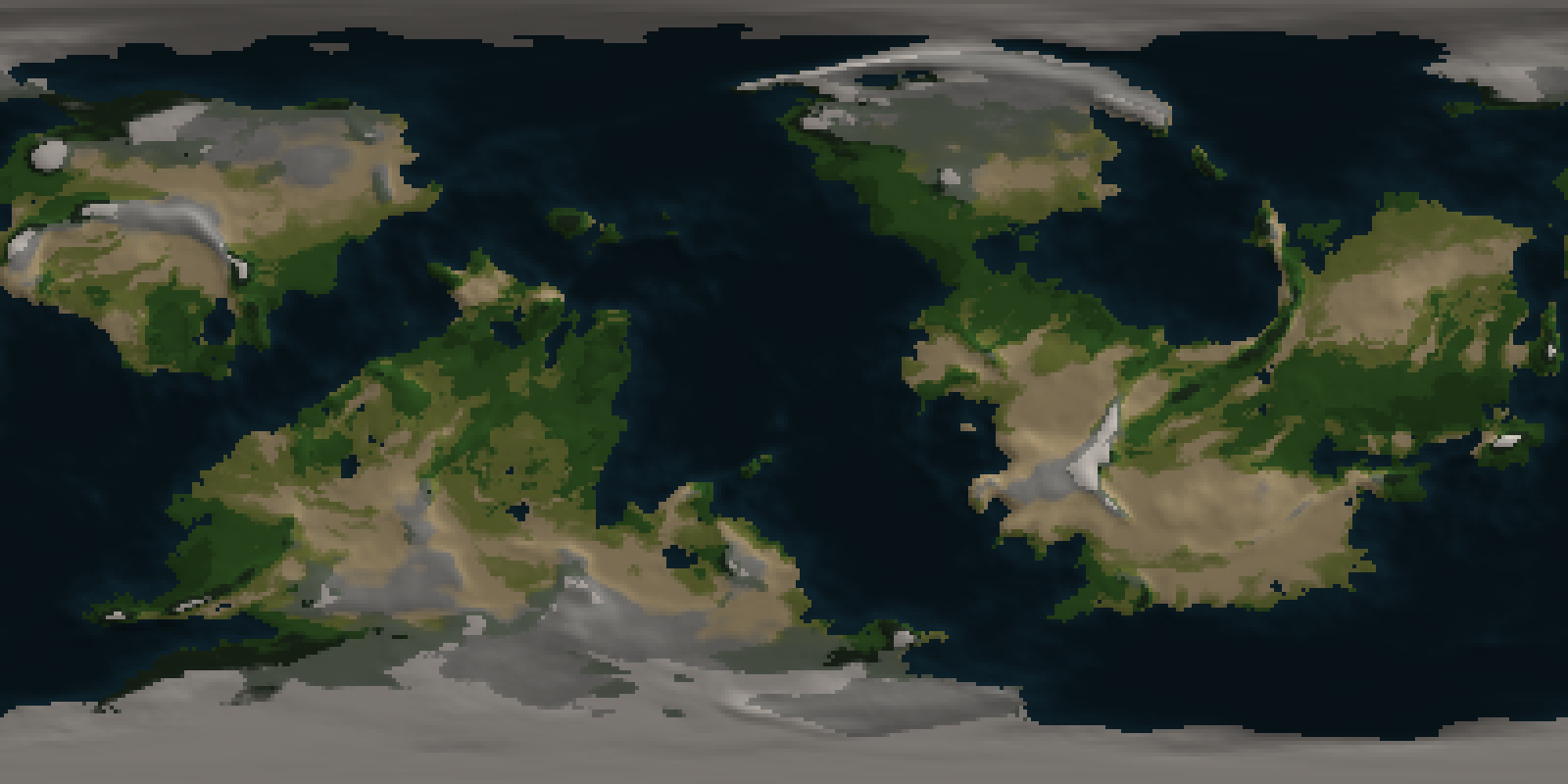 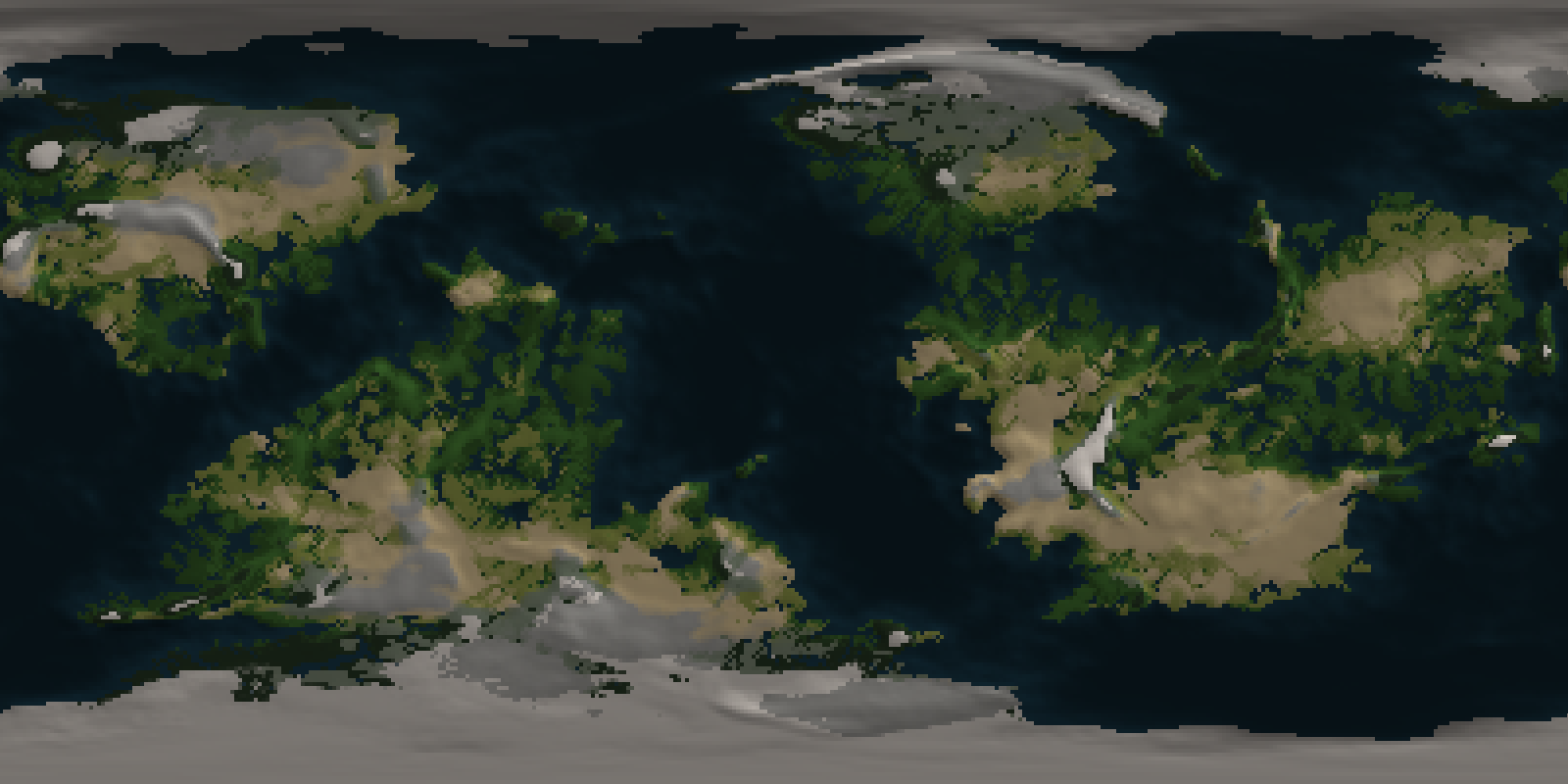 Next weekend I'm going to focus on integrating river generation with the brush editor tools. I also try to do the weekly report  by Sunday night instead of early Tuesday (sorry for the delay this week)...