Late again with the weekend update, but this time I made some extra cool content to show:

Most of the weekend was spent trying to get rivers to work with the altitude and rainfall brushes. It was a pain, but I got them to work well together for the most part. Some serious rewrites had to be done to the drainage expansion algorithm for all of this. No terrain cells will get drainage recalculations anymore, which makes the algorithm run faster, but also means rivers are a little bit more janky. Though they still look like rivers.

For the editor brushes, I had to make the drainage expansion process run only after brush application stops. This is due to the drainage expansion algorithm running very slowly even when used only on a small segment of the map. You can see that on the video every time the editor freezes to regenerate rivers after releasing the brush tool. I hope this slowness is not too detrimental for the editor and its future users.

And, because I'm very bad at keeping promises, I went ahead and spend a couple of hours on Sunday redesigning the terrain generation algorithm yet again... On the video you can see examples of the new terrain. But just in case here I have a screenshot of one world generated with the new algorithm: 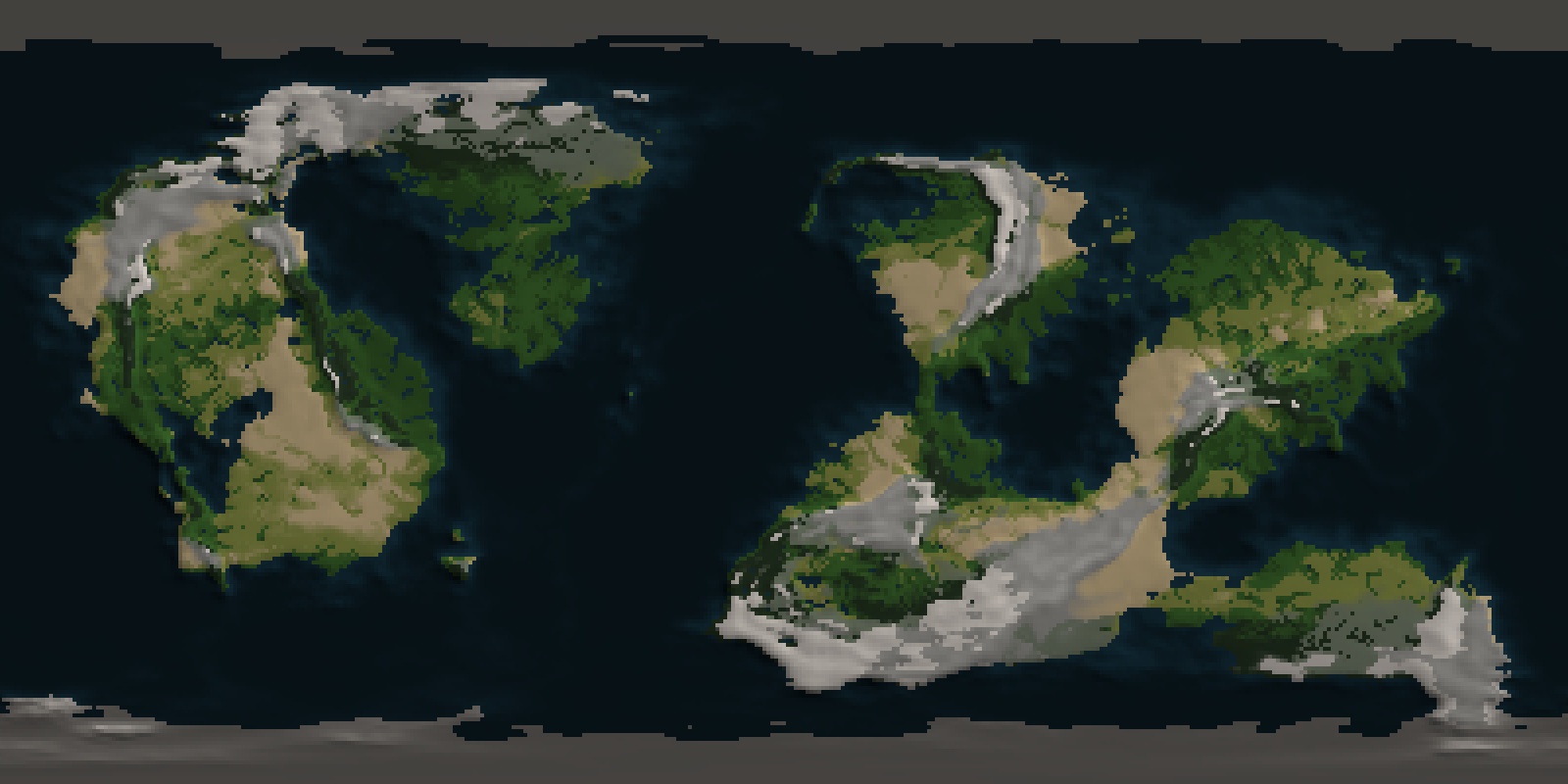 This time, I made a bunch of changes to generate this new terrain were plains are made to be even more flat and extensive, but now mountain ranges can be very massive and wide... In fact way too massive and wide, I think. Regardless, the new terrain helps with river formation quite a bit, which is something that pleases me. Though I'm not very happy with the now very large and serpentine mountain ranges. So I'll have to spend a few more hours next week toning them down.

Aside from all that, next week is time to start working on the simulation side of things. First I have to add region attributes and elements related to rivers so that cultures can use them when naming regions, polities and people. Then I have to work on making population groups be able to cross and navigate rivers, and possibly do a little bit more with them. Still quite a bit of work left though, but the release of 0.3.3 looks closer every day now.